Have your say on tax reporting and payment arrangements

Landlords are being invited to take part in a survey in relation to the existing tax system.

The study, which is being undertaken by The Office of Tax Simplification (OTS), aims to identify potential areas of improvement.

The OTS would like to hear from anyone who receives residential property income and submits an annual self-assessment return, rather than those who hold property through a company.

The OTS would also like to hear from anyone who is self-employed and submits an annual self-assessment tax return.

LET’S START FROM THE BEGINNING – WHY DID I BECOME A LETTING AGENT? 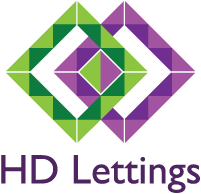 When I first started out as a landlord back in the dark ages before Buy To Let mortgages (BTL), I don’t think there were any Letting Agents – as a landlord, you just got on with the job, as best you could.

After the BTL boom, Letting Agents sprang up everywhere and many Estate Agents jumped on the band wagon. However, I strongly believe that selling and letting are two very different things.

HD Lettings set out to be the type of agency that I wanted to use as a landlord. An agency that responds quickly, takes care of me and my most valuable assets, whilst protecting my income and ensuring my tenants are kept safe and happy. That’s what HD Lettings is all about – YOU, our landlords and tenants.

Many people have asked why I became a Letting Agent and I say it’s to make a difference. I love what I do (I’ve been in the property industry for 37 years now). I love that we provide our tenants with safe homes that they want to live in and to help our landlords to be the best. Legislation has gone ballistic recently and compliance is a nightmare. I endeavour to keep our landlords on the right side of the law and avoid any nasty consequences.

If you have a landlord story, I’d love to hear it – I’ve got some corkers, which I might share later; until next time…

Why Would Anyone Become A Landlord?

Good question as George Osborne seems to have it in for Private Landlords and the Private Rental Sector in general; just when we thought that Private Landlords were providing nearly a 5th of all housing in the UK – George wants to make this sector unattractive to growth.

There are many reasons why you may choose to be a Landlord.  You may have inherited property which lends itself to being rented out and gives you an income after your expenses.  You may be what is termed an “Accidental Landlord” where you cannot sell your property and the only thing to do with it is to let it out so that it covers the expenses of still owning it.  You may choose to be a Landlord because your pension prospects are looking a little dim and you see a rental income being beneficial to supplement your pension.  Or you may be a Portfolio Landlord or Property Business where your rental properties are your livelihood as well as your investment.  So as you can see there are may reasons why anyone becomes a Landlord, some with just one property and some with hundreds of properties.

Now George has waded in and started Landlord bashing and seeing a possible “Cash Cow” ready for “milking”.  He has announced that mortgage interest relief for individual residential landlords will be restricted to the basic rate of income tax. This will be staged, beginning from 2017.

The new rules will be introduced gradually over a three year period starting from 6 April 2017, and relief will be available as follows:

Here are some sums to explain:

Winter is fast approaching and with it the perennial problem of mould –  a problem for both landlords and tenants.

There are two main reasons for mould (not definitive by any means).  One being that the fabric of the building is damaged (the landlord’s responsiblity) and secondly ; condensation mould (most likely the tenant’s responsiblity).

This is generally found in bathrooms and kitchens which have not been ventilated adequately.  It can also be found in living areas, attracted to cold surfaces such as single glazed windows, outside walls, behind furniture etc.  This kind of condensation mould can generally be attributed to life-style and mainly lack of heating and lack of ventilation.  The vast majority of rental accommodation is old, sometimes very old.  These buildings have no wall cavities and are usually single glazed and poorly insulated.

We have been encouraged to make rental accommodation air tight, by sealing up chimneys, putting upvc double glazed units in and draught proofing, so the building can no longer breathe.  The majority of landlords have complied with building regulations and provided extractors in the bathrooms, kitchens, cloakrooms and utility rooms.  However, in some cases, tenants have turned these units off, thinking they use too much electricity or are too noisy – not realising that they have been fitted for their health benefit.  With the increase in fuel prices, tenants seem to be more willing to wear extra jumpers and hats in their homes than to put the heating on – this all goes to encourage condensation mould.  Drying washing also contributes to airborne moisture unless a tumble dryer is used and extracted to the outside.

Just living in the property creates moisture, breathing (yes, breathing produces moisture), bathing, washing, steam ironing, using parafin heaters, all create moisture which will settle onto cold surfaces and could lead to black mould.  This mould is dangerous for tenants, possibly causing infections, asthma, allergies and sinusitis, for example.  If the mould is allowed to settle it can penetrate plasterwork and cause damage, which could be expensive to put right.

To prevent condensation mould, the landlord’s mantra is “heat and ventilate”.  Warm air can hold a lot more moisture than cold air.  Landlords ensure that you have adequate, working ventilation and that your tenants are encouraged to use it.  Explain that the electricity usage is minimal and the benefits of using the extractors outweigh the health problems which could occur.

It is relatively easy to clean condensation mould.  A quick wipe with a very dilute bleach solution should remove black mould from the majority of surfaces.  HG make a mould removal product which is very good too.  If you do clean in this way, please use rubber gloves and even a mask to prevent inhaling any spores.

There are also specialist companies out there who can help such as Envirovent – they may be worth a call if you are having real problems.

Landlords need to be on top of their building maintenance.  Buildings need to be water-tight – ie no leaky roofs, gutters, downpipes or drains; water needs to be prevented from entering the building other than by intended means.  Damp and mould caused by this kind of disrepair is the landlord’s responsibility to fix and maintain.  The property is the landlord’s investment and should always be fully maintained.

Hope this post helps, if you want to chat any further about mould, please give us a ring.

Everyone has been banging on about the changes effective from 1 October 2015, so what’s it all about?

The Deregulation Act 2015 has introduced a raft of new legislation effective from 1 October and a very important change has been to the “Landlord’s Friend” the Section 21 – no fault eviction notice.

This change only applies to NEW Assured Shorthold Tenancies starting from 1 October 2015, however once we get to 1 October 2018, it will affect all tenancies no matter when they started.

So what are the changes?

These are just the basic changes.

There is an onus on the Landlord or Letting Agent to get all the paperwork correct at the beginning of, during and at the end of the tenancy.  These changes have been introduced to offset the threat of Retaliatory Evictions – something no-one wants, no matter how small the actual percentage of retaliatory evictions in England actually is.

Smoke & Carbon Monoxide Detectors – What’s All The Alarm About?

From 1st October 2015 all residential properties must have a minimum of one working smoke detector/alarm on each floor of the property, which must be tested at the start of every tenancy.

As Landlords we really want to avoid fire and smoke damage to our properties and worse-case scenario of any harm coming to our tenants – so I know that you will already have fitted some form of smoke detector/alarm system in your rental properties.

From 1st October, the Deregulation Act states that ALL rental properties must have smoke alarms, not just new tenancies – so get your skates on and fit some good 10 year battery smoke detectors NOW.

Best practice is to fit an inter-connected, hard-wired system with battery back-ups in your properties.  This means that the tenant is protected, and finds it awkward to disarm the detectors.  Call your friendly electrician to fit a system for you.  You won’t regret it.

If you want more details, please refer to LACORS (Local Authority Coordinators of Regulatory Services) which you can find details of at www.rla.org.ukl/guides/housing_act/lacors_fire_safety.shtml.  This is a very detailed document which covers all types of rental properties including Houses of Multiple Occupation.

SO WHAT DO YOU DO WITH A CARBON MONOXIDE DETECTOR/ALARM?

These alarms detect Carbon Monoxide (CO) – the silent killer.  From 1st October 2015 you will need to fit a CO detector/alarm in your properties with solid fuel burners, ie wood burning/multi fuel stoves or open fires.

It’s good practice to fit a CO detector/alarm in your rental properties which have gas boilers, hobs and fires too.  Your tenants will see you as a proactive Landlord.  Again you can ask your friendly electrician to fit a hardwired one for you, or just put up a battery operated one.  In any case, ask your Gas Safe Engineer where the best place to fit one would be.

If you would like any further information or more reading, then go to www.rla.org.uk or www.landlords.org.uk and look up their guides.

If you have any queries please get in touch.